Custom Solutions for Every Challenge

Harwin Camera is a full service retail provider of all of the major photographic brands. Our team of seasoned veterans in equipment sales can help guide you through the confusion of the many manufacturers, models and specifications available to find the best solutions that fits your process from concept to delivery.

Anything that you need…from cameras, digital backs, lighting, computers and monitors to ink jet printers…we can help you explore the options, provide expert training and deliver ongoing support for your business.

We take each opportunity very personally and want to provide our customers with the equipment options that are right for their work and comfortable for their budget…equipment that we would use ourselves. And, more importantly, the relationship doesn’t end with the delivery of the equipment. It is important that each customer remains delighted with their purchase decision and continues to be successful in their photographic work.

Add us to your bid list…all we ask is a chance to show you what we can do for you. 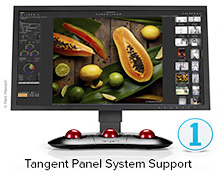 Phase One is launched Capture One Pro 10 – which is now faster and better than ever. With its ultimate image quality and blazing performance, Capture One Pro 10 continues to be the world’s premiere raw conversion and image editing software.  Capture One Pro 10 puts superior user experience center stage – with interface improvements, under-the-hood tuning, and exciting new features that furnish the fastest, most reliable and most powerful performance yet.

The new Phase One XF 100MP Camera System, features the latest advances in CMOS sensor technology on a full-frame sensor. The camera system delivers unparalleled Phase One image quality built upon 16-bit color depth, 15 stops dynamic range, ISO sensitivity up to 12800, and exposure times ranging from 1/4000th of a second to 60 minutes while still retaining the 1/1600th flash sync speed. Fast and accurate high-resolution Live View adds to the smooth and accurate camera control of the Phase One XF camera system, and a new HDMI output port has been added for extended workflow options. 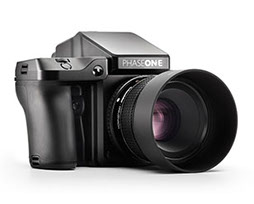 A fully modular camera system designed as a platform of imaging possibilities.

WE HAVE ALL THE BEST PRODUCT LINES!